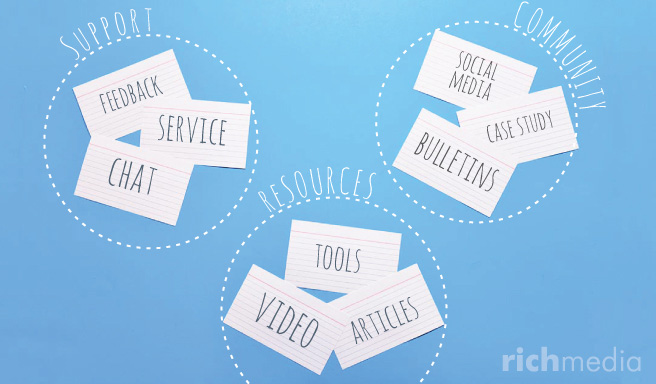 As web designers and information architects will tell you, web site content can be organized in many ways. Ideally, the organization of topics on a site should follow a pattern that makes sense to the site's target audience. Card sorting is a research technique that is geared towards helping the process of designing a new web site or evaluating the design of an existing site.

A card sorting exercise involves research participants, who represent your target audience, sorting and organizing cards into groups of subject areas or topics as it makes sense. For this exercise, a list of approximately fifty topics are made to represent the planned or potential content of your website. Cue cards are taken and one topic is written on each card. Each participant is asked to organize the cue cards into groups of topics that seem to fit in with each other.

When can it be used?

Card sorting can be used before designing a new website, to build a basic prototype that forms the framework of the new design. It can also be used to test a website prototype that has already been built. In this case, the feedback received from the card sorting exercise helps to revise the prototype as required and then proceed with website design process.

See Also: 6 TYPES OF RESEARCH YOU SHOULD CONSIDER

Key advantages of card sorting are that it is inexpensive, easy to organize and relatively simple when compared to other research techniques. This is because a list of topics and cue cards are the main resources required for card sorting.

Since card sorting is done in an experimental setting, participants group the website content without any associated task in mind and this can be a disadvantage. Without any context, the chosen topics or groupings may not exactly fit with the way the site is used for a given task. Time consuming analysis can be another disadvantage if the data varies a lot - across consumer segments, for example.

Yet, a card sort is almost always useful before designing a site. Even if it does not pave the entire map out clearly, the exercise forwards certain pointers that are crucial in creating an effective sitemap. So before you design the site, take a moment to ask yourself whether you have all the information that you need to organize the content. If not, then it is time to take those cards out and organize a card sorting exercise.

Halloween... a time for ghosts and goblins to stir, a time to decorate houses with ghoulish zombies and to stock up on candies, chips and chocolate for trick or treaters. Whether you're part of the 86% of parents who shamelessly steal candy from their children's haul or part of the 18% who

Alexa, What Does The Internet of Things Mean For Financials?

What is it? The Internet of Things (IoT) is the whole ecosystem of internet-enabled devices. Not just computers and smartphones, but smart everything – smart fridges, smart homes, cars (driverless or otherwise), and even the kitchen sink. If it has a small compu

Who are these new graduates? Move over Millennials! Generation Z kids, who were born between 1995 and 2010, are growing up fast. Generation Z, also known as the Centennials, are starting to join the workforce and they have a much different view of their future. Pa

Have you ever wanted to delve into the psyche of your consumer? Find out what makes them tick or gets their attention? What motivates them to take action? What will they think of your new website, online tool, or marketing strategy? A focus group can certainly help un

When customers visit our store, online or in person, it is an opportunity to borrow a little bit of their time and gather some feedback about our products and services. The intercept survey is a tool that can be used for this purpose. Most of us have perhaps come acro

The Cost of Love on Valentines Day Infographic

Valentine’s Day… a day to celebrate your loved ones, indulge in chocolates and satisfy your craving for heart-shaped candy! Whether you’re part of the 54% that plans to celebrate Valentine’s Day or someone whose more on the get-that-arrow-away-from-me-cupid si

6 Types of Research You Should Consider

As the digital customer walks around virtually and checks out your products and services, what are you doing to make sure that they stay on permanently? Do you know their likes and dislikes? Do you understand whether they have any trouble while browsing around your we

Eye Tracking in Market Research – Don’t Just Take My Word for it!

Let's do a quick exercise. Pretend I pulled up a website you've never seen before and I start asking you some questions: "Can you find the phone number quickly?" "Is the navigation laid out clearly?" "Can you find the call to action within a couple of second

Digital marketing has come a long way since the “build it and they will come” mentality. Technology is constantly changing, but there is a new sense of order and maturity as social media, mobile technologies and content marketing have gone mainstream. Digital budg

Mix Storytelling and SEO so Your Customers Find You

You've built the perfect content article. It’s a brilliant summary of a solution that your clients will resonate with and relate to because it contains a real personal story. It even includes something to tug at the heart strings. The content is solid. It should be