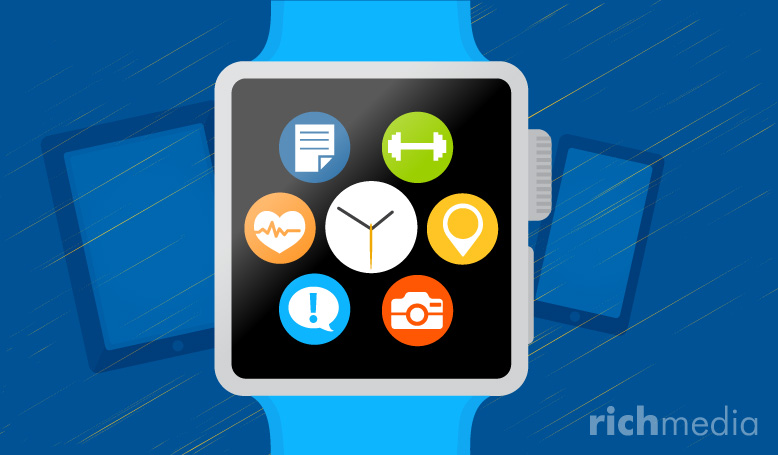 Apple is betting its future on its first new device since Steve Jobs. Apple Watch has rolled into Stores with much fanfare. Many people had the same reaction when the iPad was introduced – sure it’s cool, but what do I use it for? What makes it useful or different from a phone or tablet? No question, Apple Watch is a whole new platform and the company expects to sell millions of units. It is not meant to replace your iPhone or iPad, but instead it is meant to complement them.

This is version 1.0 of Apple Watch, but it contains some powerful features. It packs SIRI onto your wrist so you can speak voice commands, search, and take notes. Your voice notes can then be saved to text using a note-taking app. You can also take photos with your iPhone using the watch as a remote. Most importantly, you can text or phone anyone in your synced contacts list. Facebook and Twitter integration bring social sharing too. Finally, there are endless customizable watch faces, weather widgets and moon phases – Apple Watch’s screen easily wins the showdown against your standard wristwatch.

Useable Apps for Apple Watch – A round the clock roundup

Apple is about to corral iPhone customers to pair up with Apple Watch. So if you want to be in the brave posse to create useful apps on the Apple Watch platform, here’s a roundup of 12 considerations:

Real estate is limited so make the app collect information in a way that is natural and that doesn’t eliminate the need for a complementary iPhone app. An iPhone’s presence is necessary for 3rd party apps to run. Consider using the built in Glances (an overview of the content) so you don’t clutter the screen with unneeded information.

02:00 O’clockMake it valuable outside the Apple Watch

Complementary iPhone and iPad companion apps are an opportunity to view your app on multiple devices. When it comes to reviewing the collected data, stick to a super quick summary on the watch. Save the detailed view for the iPhone or tablet counterpart.

There are many different fitness monitors out there so you’ll want yours to stand out. The Apple Watch has a lot of fun health features, so think about how you can make them work for you. Create a calorie counter and pedometer, and integrate the heart rate tracker, but also include a goal setter or friendly reminders. You want your app to make healthy and active living encouraging to its user.

The Digital Crown looks like the traditional crown you would find on the side of a watch to set the date and time, but it is much more on the Apple Watch. To help with the limited screen real-estate, the digital crown can zoom or scroll through a list opening up possibilities for content that is larger than the watch face. To witness its power, zoom in on a location in an Apple map.

Rather than clutter the screen with buttons, consider using standard options (yes/no/maybe) or a pre-filled response list. This helps avoid the need for a typed response.

Apple maps and directions are integrated. For example, map functionality can be added to help with directions to brick and mortar locations.

There are a variety of ways to send notifications to the user. A gentle buzz accompanies the reminder – similar to an alarm you set on your phone. If the thought of a buzz every 5 minutes doesn’t sound appealing, calendar notifications might work better as a less disruptive reminder of regularly scheduled events.

The high resolution screen make photos a natural fit for the display. Take cues from social applications to get a sense of the variety of ways photos can be used to great effect.

Voice to text notes are ideal. Stick to pre-filled responses if possible; text editing is best left for a phone keyboard.

Force touch is a special click state when the user presses and holds finger pressure against the screen. Force touch can also be used to display actions for the app, similar to calling up an app’s main menu.

Digital touch allows you to use your finger to draw on the interface and then send it to a friend. Don’t consider yourself the next Picasso? Then pick from an array of emoticons for a funkier way to send a smile.

Follow the lead of news apps that send shortened headlines with an image. Rather than cramming in content, they prompt the user to read the full story on the iPhone. This proves that content translates to the watch face. The usability hurdle here is to minimize load times as the user swipes between screens/stories.

That covers the Apple Watch usability roundup. Remember, it is the elegance of form, and ease of use, that will attract users to snap up the device. The Apple Watch’s time has come and the platform is here to stay, and there will be millions of loyal fans looking to snap up Apple’s latest gadget.