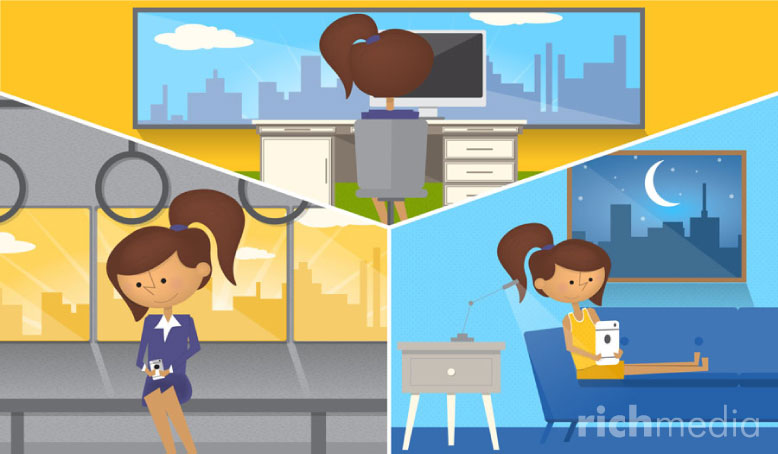 Users aren’t just using one device for all of their needs, but rather, are turning to multiple devices throughout their day to consume content. In a study conducted by ComScore, it was found out that we turn to different devices depending on the time of day. 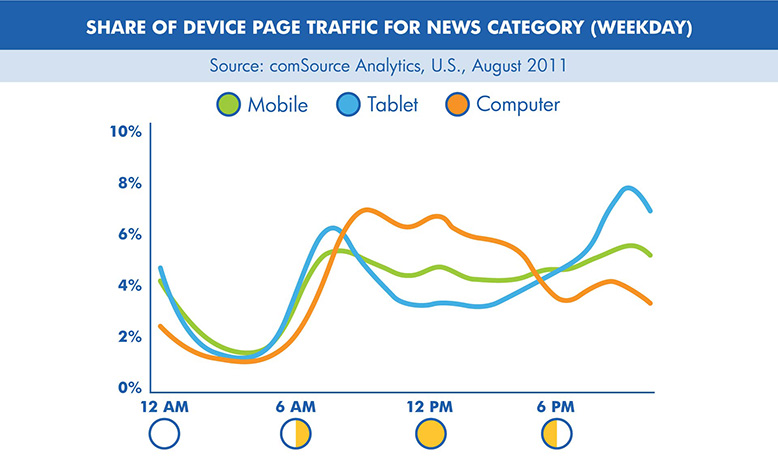 Peak activity for our smartphones is at the start of our days and during our commute. During the day, we move to a PC (likely because we’re at work) and then the evening sees tablet usage at its peak, with many users reaching for their tablet for entertainment. So it becomes even more critical to think about your message across these different devices so that users can engage with your brand throughout their day.

In a study conducted by the IAB and API Research, it was found that mobile device users aren’t just using one device for everything; smartphones and tablets offer different value propositions in the eyes of users. A smartphone is seen as a vital piece of everyday life – 70% of respondents report they “won’t leave home without it” and very few see it as having any negatives on their life (only 5% of smartphone users say their device is disruptive). Tablets are seen as more “entertainment devices”; 68% of tablet users reported that their tablet “is for entertainment”, regardless of location. As well, 77% of respondents reported interacting with ads on their tablet, while only 53% of users engage with ads on their smartphone.

In the same study, the IAB found that depending, on the device operating system, users reported being receptive to different types of ads. For example, users that have an iOS (Apple) smartphone are more receptive to ads related to their location than Android smartphone users. As well, iOS users report more engagement with advertising and have a higher propensity for on-device purchasing than those using an Android.

Although both smartphones and tablets have changed how we consume “traditional media” such as print and TV, tablets have resulted in a more significant change. Close to a third of respondents reported reading less print because of their tablet and almost 25% reported watching less TV because they were viewing entertainment and other content on their tablet.

Users on mobile devices aren’t just using one device across all their needs – they see a distinction between smartphones and tablets and their behaviour is further segmented depending on the operating system they’re using. Each type of device (smartphone or tablet) also has a certain ideal time for use depending on its value proposition. Understanding consumer behaviour across devices is key when considering what platforms and devices to support and figuring out which users will be most receptive to your brand messaging.