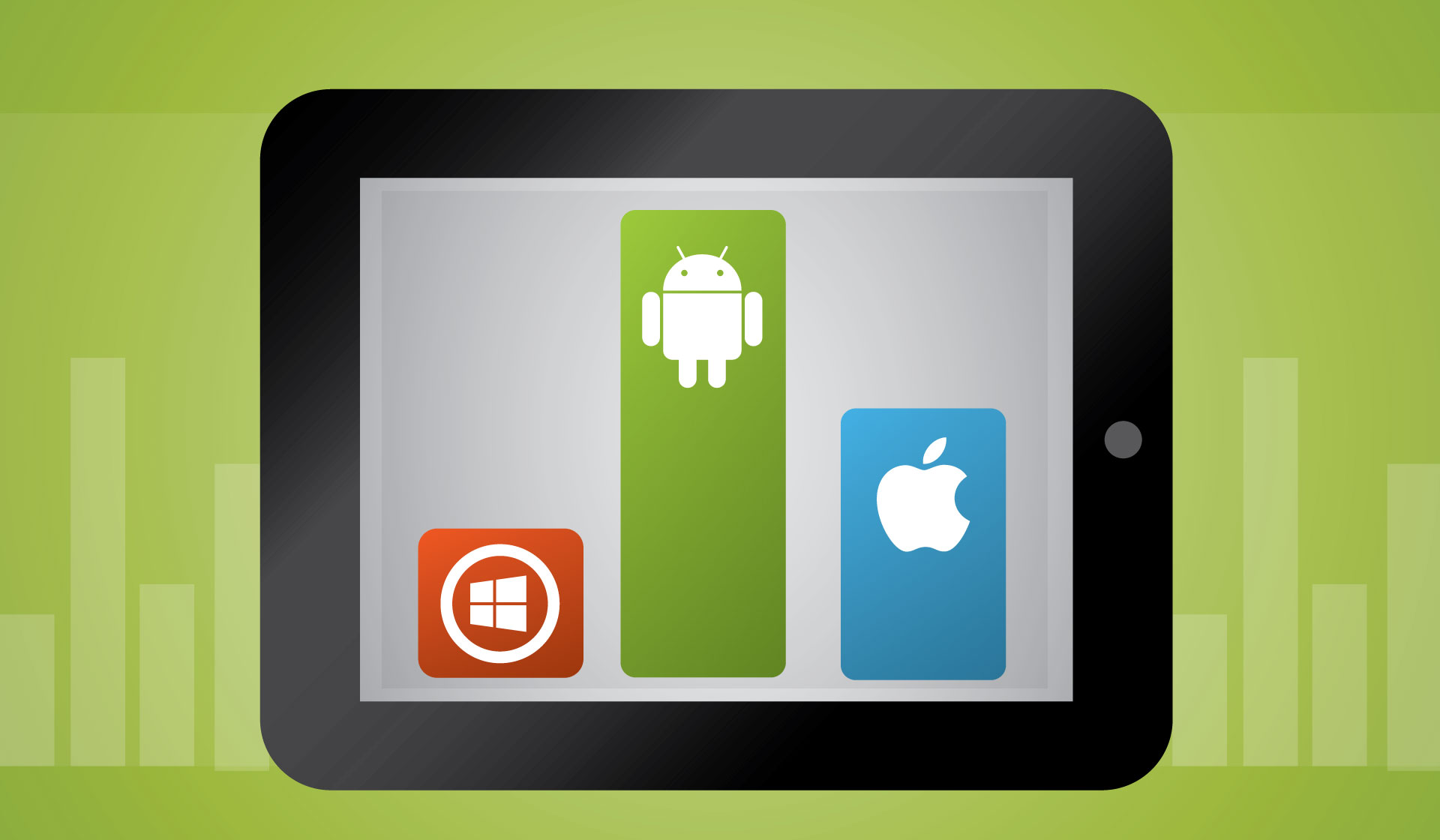 It is clear that the ‘tablet craze’ has calmed as we see shipments on tablets begin to slow down. The tablet market growth dropped from 52% in 2013 down to 7.2% in 2014 (PCWorld). For the first time ever, Apple iPad’s year-over-year shipment growth saw a drop of -12.7% for 2014 (IDC). Over all, tablet sales are still high, but it is becoming clear that the novelty of the tablet is starting to wear-off on the general public.

Despite sales cooling down, there are a couple of operating systems that are coming out on top. The Android tablets, which include brands like Samsung, Lenovo, Asus, and Amazon, are scoring over their Apple iOS counterparts. Leaders in the category since 2013, Android tablets now dominate the tablet market that was originally started by Apple's iPad.

Here's a visual version of all that data: 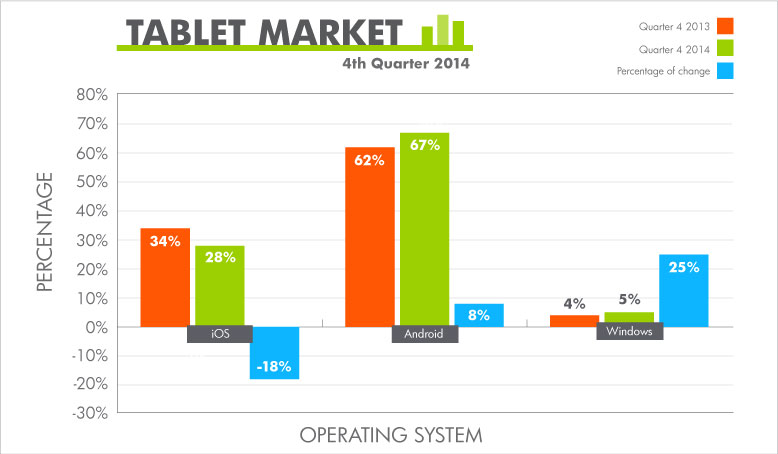 The limited growth in the tablet category has been attributed to factors such as low innovation, the growth of larger format smartphones, and simply because the majority of people already own one, and aren’t as compelled to upgrade as quickly.

The growth that we have seen for the Android tablets specifically is a reflection of their lower prices, allowing them to more easily compete with smartphones.

Windows tablets, long the underdogs of the category, are now growing at the fastest rate among three operating systems. This most likely has to do with the devices’ perceived ease of integration with Microsoft Window desktops and other productivity software.

Will the tablet try and re-invent itself in the months or years to come? Or will it continue to be a more price sensitive product? We’ll have to wait and see.