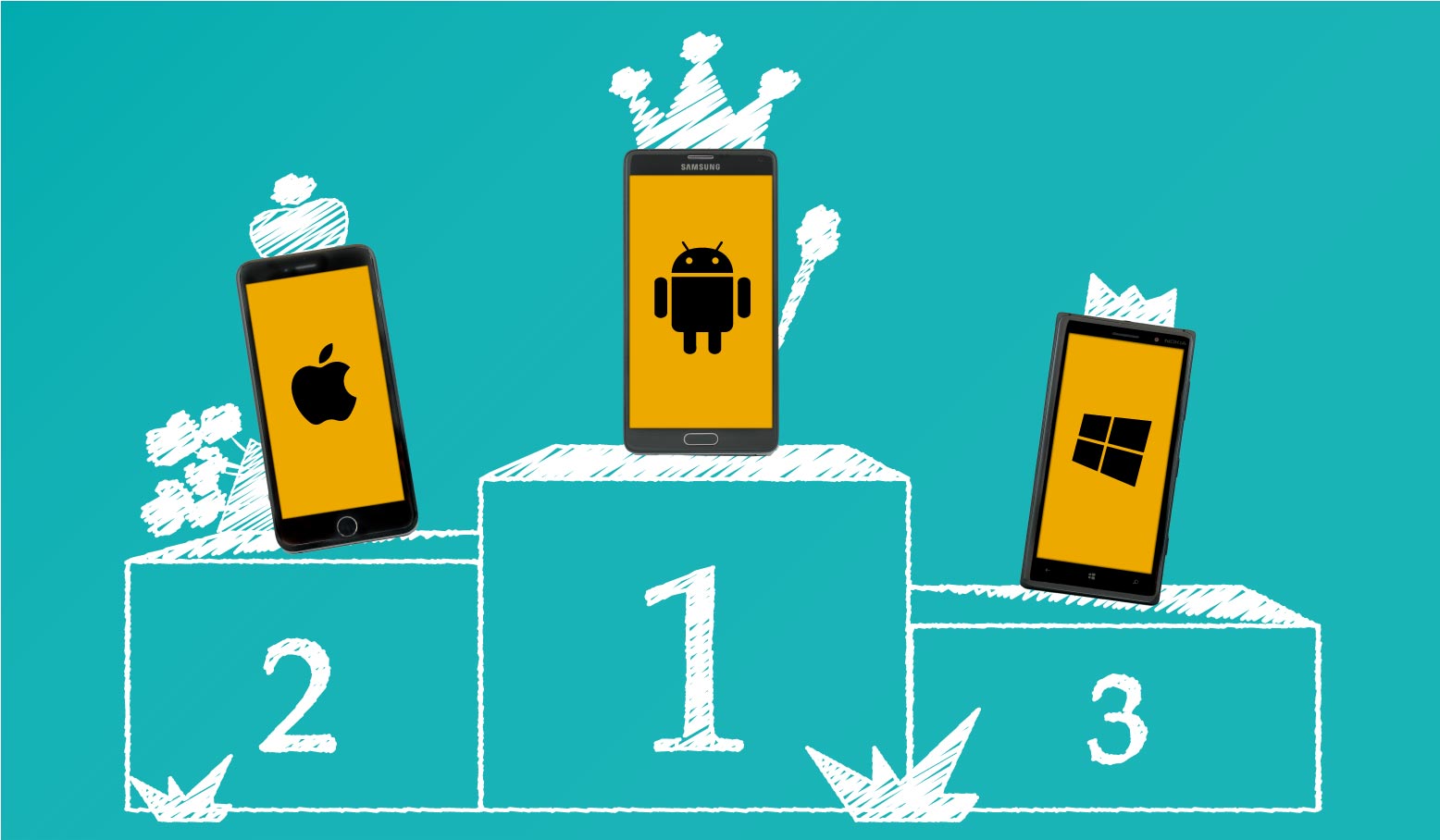 As you are sitting on the bus or standing in line for coffee, while people around you are browsing, messaging or talking on their mobile phones, what are the mobile phone operating system and brand that you are most likely to see? The answers, as you may have guessed correctly, are Android and Samsung. 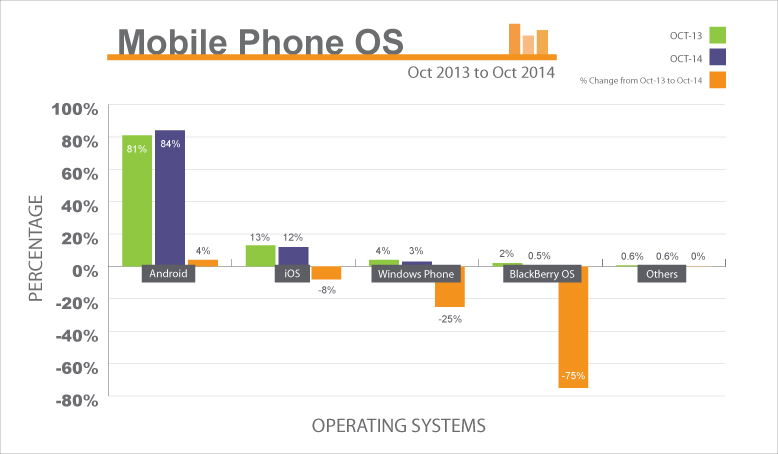 In terms of mobile phone brands, Samsung's leadership is old news but their declining market share along with Apple is an interesting trend to monitor over the next few quarters. Since both Samsung and Apple have recently released new phones, this trend may be reversed over the coming year. 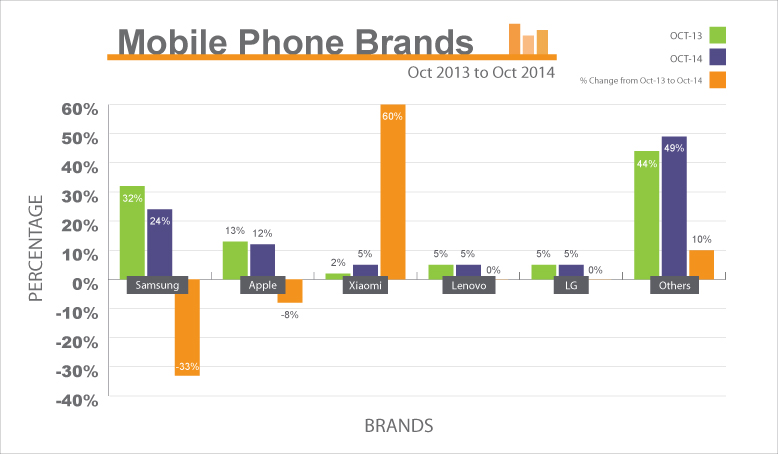 Also interesting is the combined dominance of several smaller mobile phone brands that populate the 'others' category. It would be worth paying attention to whether any single player emerges out of this crowd.

In terms of operating systems, Android is the undisputed leader due to the performance of brands that primarily use the Android OS. It is unlikely that this will change anytime soon.