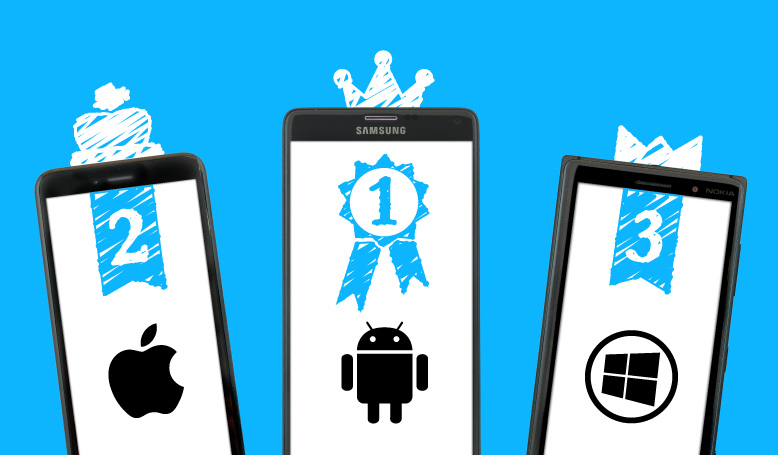 At first glance, the worldwide smartphone market in the first quarter of 2015, looks almost the way it did last year. Android is in the lead and iOS, Windows Phone and Blackberry OS are trailing in second, third and fourth positions respectively. Interestingly though, the total number of smartphone shipments dropped by 11.4% to 334.4 million from the 377.6 million shipped in the fourth quarter of 2014, suggesting an overall slowdown in the smartphone market.

See the OS stats shown in the graph below: 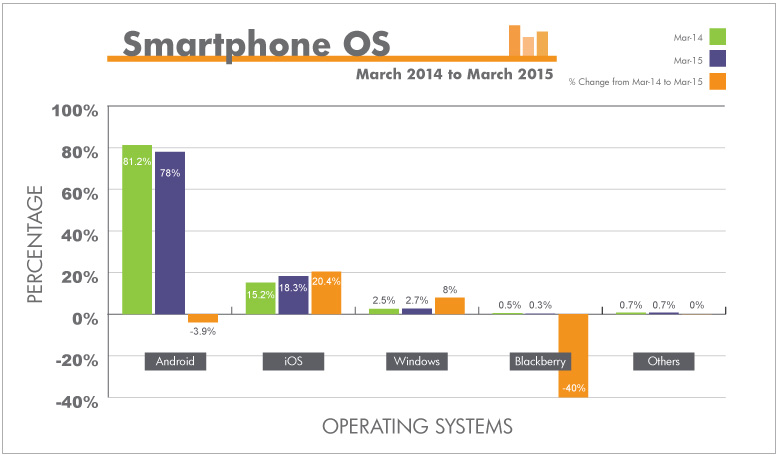 See the Vendor stats shown in the graph below: 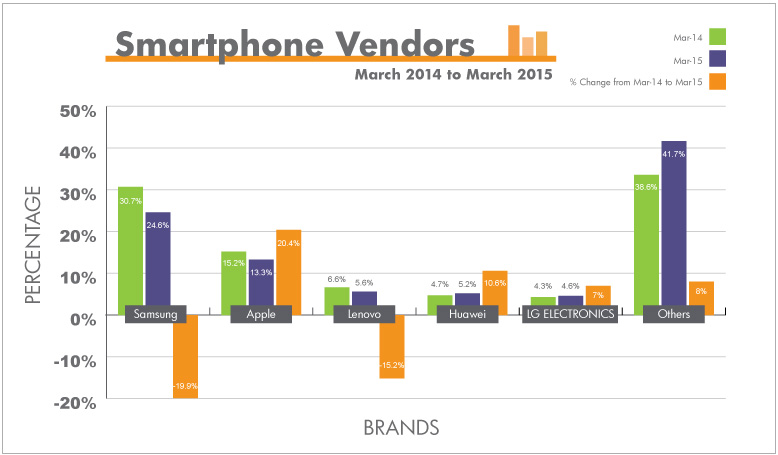 Overall, Android is likely to sit happily leading the operating system market share with Samsung as it’s number one contributor. However, they do have to remain cautious with their competitors gaining more ground quarter after quarter. This past quarter has seen a lot of vendor movement as the smaller vendors begin to gain more traction. It will be interesting to see what the second quarter findings bring us.