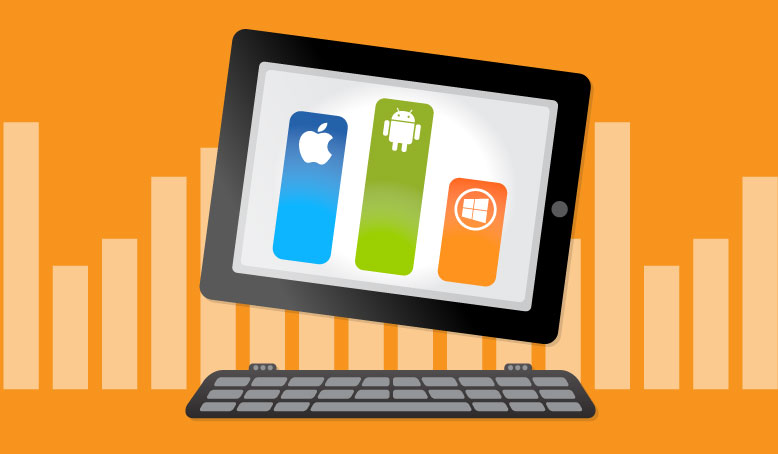 Tablet sales growth first plateaued in Q1 2014, and that’s where they have stayed, slumping slightly. A few factors are responsible: market saturation, for one; the appearance of larger smartphone screens; finally, durability may play a role – tablets are generally sturdier and less likely to be dropped than smartphones. The upside is that, while sales have slowed, tablet usage has remained consistent – people are using their tablets, even if they’re not upgrading them.

However, while tablet sales have plateaued, things are moving beneath the surface. A more recent development in tablet technology are ‘detachables,’ also known as ‘2-in-1s’ or ‘hybrids’ – tablets that can dock with keyboards to become, in essence, laptops with touch screens you can carry to the couch when you want to lie down.

Relatively speaking, sales of detachables have skyrocketed. Sales of ‘pure slate’ tablets (the kind that can’t be used as detachables) decreased by 21% in 2015, but sales of detachables increased 379% over the same period. The current leading explanation for this is that the hybrid option is seen as a good, cost-effective, versatile way to replace old desktop computers. This could lead to detachable tablets taking a piece of laptops’ market share, just as large-screen mobile phones took a piece of tablets’ market share.

What this means for the web at large is that mobile is, as it has been for years now, first. As laptops and desktops are more likely to be replaced with touchscreen tablets, touch-based interfaces will become even more commonplace, and peripheral use will become more diverse. Any UX that assumes the user will use a mouse and not touch, or touch and not a mouse, runs a risk of driving away users.

See Also: WHAT IS MOBILE-FIRST (AND WHAT IS IT TO YOU)?

As for platforms and OSes, Apple is the market-leading manufacturer, followed by Samsung and Lenovo. Apple’s detachable iPad Pro is helping them make the transition to what appears to be the future of the tablet market, but curiously, the best-situated vendor seems to be Microsoft. With Windows 10 available on desktop, tablet and phone, and with the Surface having established an early beachhead in the hybrid tablet market, and with detachable setups replacing old desktops (which are themselves usually Windows-based), Microsoft tablets could well expect a surge in market share. 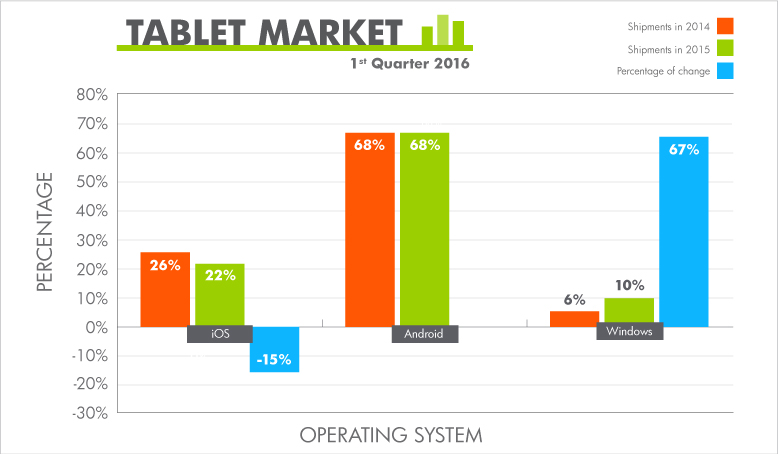