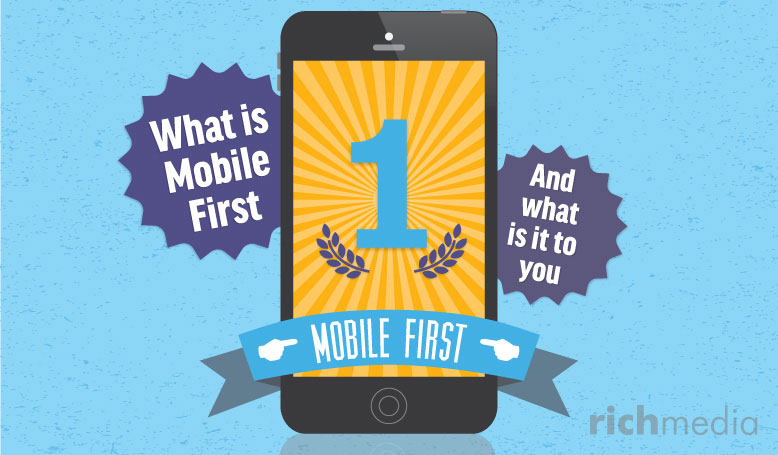 The tech world has always had more than its fair share of jargon – developers seem to spend more time developing buzzwords than products. A recent entry to the technobabble pantheon is ‘mobile-first’, a phrase that, at first glance, seems unclear. So why is it becoming more widely accepted that new sites ought to be mobile-first? What does mobile-first even mean?

Put simply, mobile-first is a design philosophy that puts the mobile version of a site or app, not the desktop version, at the center of the development process. It isn’t a new technology – it is an idea. And is one with surprisingly far-reaching consequences, for how simple and humble it seems.

Once upon a time, websites were built with a desktop computer in mind. Mobile sites, if they were designed at all, were an afterthought – after all, phones were slow, data plans were feeble, and people did most of their surfing on desktops anyways. Why waste time and money on a compromised mobile site?

You can guess what happened next. Phones improved, connectivity grew, and data plans expanded. Mobile internet usage became more of an opportunity, less of a chore. In fact, mobile now accounts for the majority of digital media consumption.

A phone naturally differs from a desktop – phones are smaller, a little clumsier to use, a little slower, and lack some features in comparison. Fitting a whole website designed for a large screen and hardware keyboard onto a phone is a challenging task that takes a lot of thought and re-work. Many features designed without mobile in mind simply will not work. But, a website designed for a small screen will fit more easily on a larger screen, and almost all mobile features will port handily to a desktop.

This is the main idea of mobile-first design – it’s more intuitive to add than subtract. You can be forgiven for thinking it sounds meaningless – what’s the difference if a big site is made small, or a small site is made big? Well, it may sound thin in theory, but in practice, it makes all the difference. Which is harder – moving into a smaller house and having to choose what to get rid of, or moving into a larger house and choosing what new things to get? In developer jargon, mobile-first prefers progressive enhancement over graceful degradation.

Given media consumption trends, mobile devices are here to stay. Responsive design has been a best practice for years – mobile-first design is a compatible extension of this principle. Mobile-first keeps layouts manageable, guarantees that essential functionality is present on all devices, and ensures that a mobile user experience will be as friendly as a desktop one

The end result is that websites are made to be intuitive, rather than complicated, and clean, rather than cluttered. Interfaces are streamlined, unnecessary buttons are removed, menus are collapsed, and user input is minimized and simplified – the less time spent fumbling with fields and skimming cluttered sidebars, the more time can be spent actually engaging with the site.

The simplicity of mobile experiences has struck a chord with users, and they now expect similarly smooth sailing on desktop devices. Bridging the mobile-vs-desktop divide takes careful thought, but results in better sites, fewer bugs, and happier users – not a bad payoff for simply putting mobile first in your mind.